Plants well-being with Big data analytics tool. Abstract:
This blog of Farmlytics using splunk will talk about how we can determine moisture content of soil using IOT and Splunk thus minimizing the drought or drowning like situation of plants.

Introduction:
“The earth, the land and the water are not an inheritance from our forefathers but on loan from our children. So, we have to handover to them at least as it was handed over to us.” – Mahatma Gandhi

Water is a critical input into agriculture in nearly all its aspects having a determining effect on the eventual yield. Good seeds and fertilizers fail to achieve their full potential, if plants are not optimally watered. India is not a water rich country and is further challenged due to negative impact of climate change; enormous wastage owing partly to poor management and distorted water pricing policies. The increasing demands on water resources by India’s burgeoning population and diminishing quality of existing water resources because of pollution and the additional requirements of serving India’s spiraling industrial and agricultural growth have led to a situation where the consumption of water is rapidly increasing while the supply of fresh water remains more or less constant. Owing to poor water resource management system and climate change India faces a persistent water shortage.
Indian agriculture accounts for 90% water use due to fast track ground water depletion and poor irrigation systems.
India ranks 2nd world wide in farm output.
Farmlytics using splunk is the traditional farming updated with new methods using IOT and SPLUNK.
Smart farming is currently the topic of focus by researchers and also by government but little literature is available in this field. This blog introduces the concept of applying big data analytics techniques to farming.
Gathering DATA B.S (Before Splunk):
Previously we used to gather Soil moisture and humidity readings manually using thermometer, barometer and hygrographs.
It has to be checked multiple times a day that too on all places around the farm.
Most important of all is the experience which is needed to interpret the data correctly.
And off course without Splunk, its difficult to create alerting.
Gathering DATA A.S (After Splunk):
The whole task is divided in to 2 parts:
1. IOT devices – to generate data such as air temperature, soil humidity, etc.  using sensors.
2. Splunk and MLTK – To ingest those logs into Splunk and using MLTK for prediction of future events.
Data Creation
“IoT is transforming the everyday physical objects that surround us into an ecosystem of information that will enrich our lives. From refrigerators to parking spaces to houses, the IoT is bringing more and more things into the digital fold every day, which will likely make the IoT a multi-trillion-dollar industry in the near future.” – PricewaterhouseCoopers reports 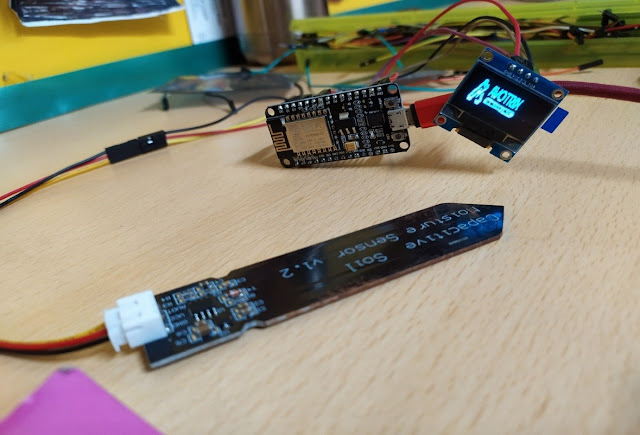 Why we need MLTK ?

Since we have the historic data at least of 15 days, we use that data to predict the near future events such as the moisture level of soil getting below 40%. For this prediction MLTK is used.
Using these prediction we can know when should be start watering the plants .Splunk Dashboard
The data generated by those sensors are ingested into Splunk and when put everything together,
we get 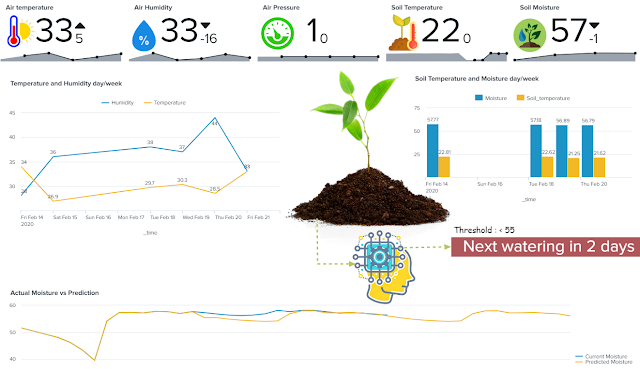 We can go further and configure Splunk such as to get alerts whenever the water level goes below some limit.
The overall data flow can be sum up to the following

Let’s go a little further and try to make use of the application Splunk has provided to make our life more convenient.
By simply scanning a QR code or NFC tag, Splunk AR provides direct access to the Splunk dashboard and enhances the user experience by overlaying live Augmented Reality Splunk powered gauges on top of real-world objects.
We successfully implemented in our in-house plant.
The below picture is the setup of all the things we discussed. 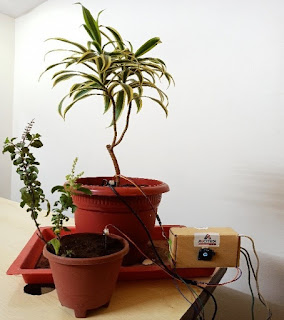 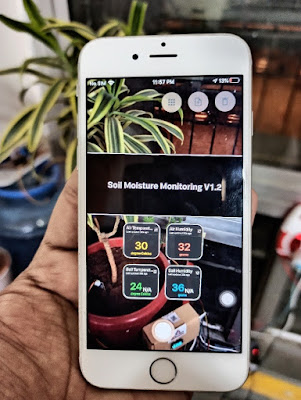 • Saves Time
• Saves Money
• Faster Response as compared to collecting readings manually and interpreting it.
• Most important of all SAVES PLANET up to some extent
If you are still having any questions regarding Farmlytics using splunk Feel free to Ask Doubts in the Comment Box Below and Don’t Forget to Follow us on 👍 Social Networks, happy Splunking >😉